AHD & Hank Hankins in the wet at Wiscombe (literally!)

Mid May in the TVR Speed Championship always means a visit to the beautiful East Devon venue of Wiscombe Park. Unfortunately, the reason it is so beautiful is because it can rain a lot, and this year it did. With events held the previous weekend the grass paddock had already taken a pounding and with near nonstop rain during the week leading up to our hillclimb the venue was a little bit more than mildly moist.
However, four brave TVR competitors arrived, with varying degrees of weather protection. Rob Pack in his race Tuscan was unsuitability equipped with no roof and an umbrella that only covered half the open cockpit. Hank Hankins should have been the best equipped in his Vixen 2500, but despite having a proper roof he still found himself ankle deep in water at one stage. The other two runners Mark Everett and Alan Davies, both driving green Griffiths to blend into the background, fared well with weather protection, until Alan opened his boot and let all the water run in.
First practice saw us do gentle runs up the hill to try to establish how much grip there was. All of us except Mark that is who managed his best time of the day on this first attempt. We all agreed that apart from the mud on the start line, and the water running across the track before the Gate, the track was surprising grippy.
Following the first of many downpours we slithered our way to the start line again, establishing that the low-down torque from the V8 engine cars coped better with the muddy conditions than the peaky straight six in Hank’s car. All but Mark improved on their times, Mark proving the old adage that if your run involves using reverse gear it’s not going to be a good one! However, post run inspection revealed only a cracked door mirror resulting from the incident, and cosmetic damage which should buff out. The order at the end of second practice was Mark leading courtesy of his first run, followed by Alan, Rob and Hank.
Because of the wet conditions everyone was taking longer than normal to complete their runs. At lunchtime it was announced we would have only one timed run in the afternoon. So, no pressure then, just a flooded Wis Corner and Park Straight to cope with, and water steaming across the track at the braking point for the Gate.
Under the circumstances, the fact that all four of us set competitive times must count as a success. Alan got closest to his practice time and came away with the 25 points, with Mark second followed by Hank, with Rob fourth and trying not to drown in the process.
All we then had to do then was try to get out of the muddy grass paddock and go home. We needed to dry out ready to repeat the whole experience the next day. However, quite a late call (after we had arrived at the venue) by the organisers was made to cancel Sunday’s event. Although the track was driveable it was felt that the sloping paddock was too dangerous to continue, so it was straight back home for me for a late breakfast. Steve Thomas had arrived in his Vixen S3s and as he had never been to Wiscombe before he took the opportunity to walk the course, setting a PB of 13.5 minutes!
The cancellation of round six was not the outcome any of us wanted and coupled with earlier events being cancelled due to Covid, we are left with a number of competitors struggling to achieve their eight qualifying rounds this season. 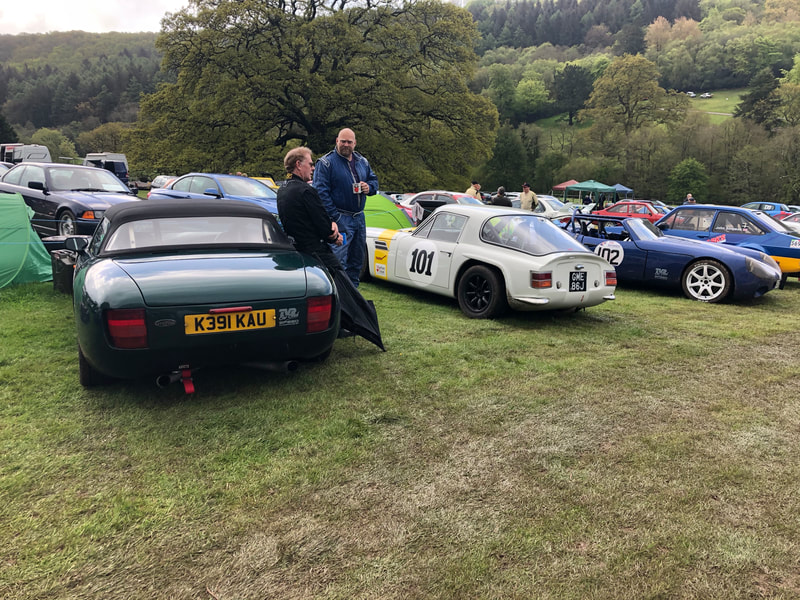 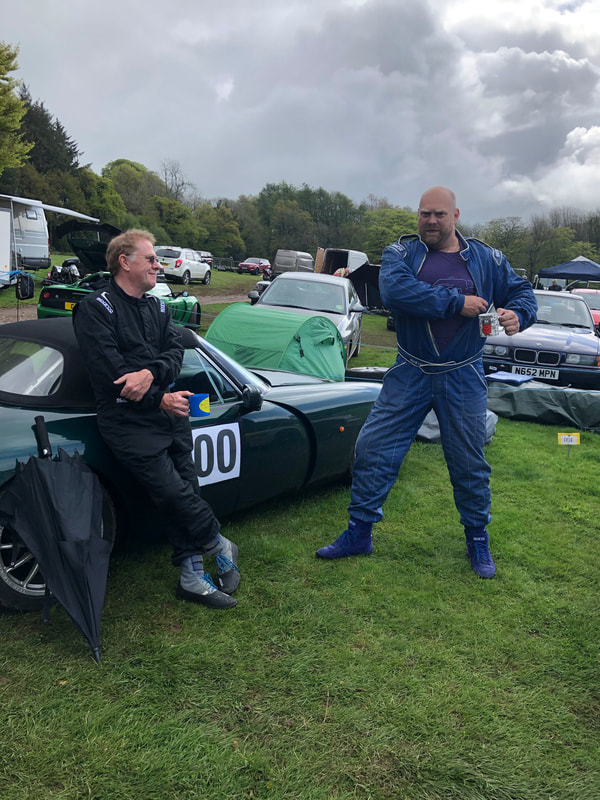 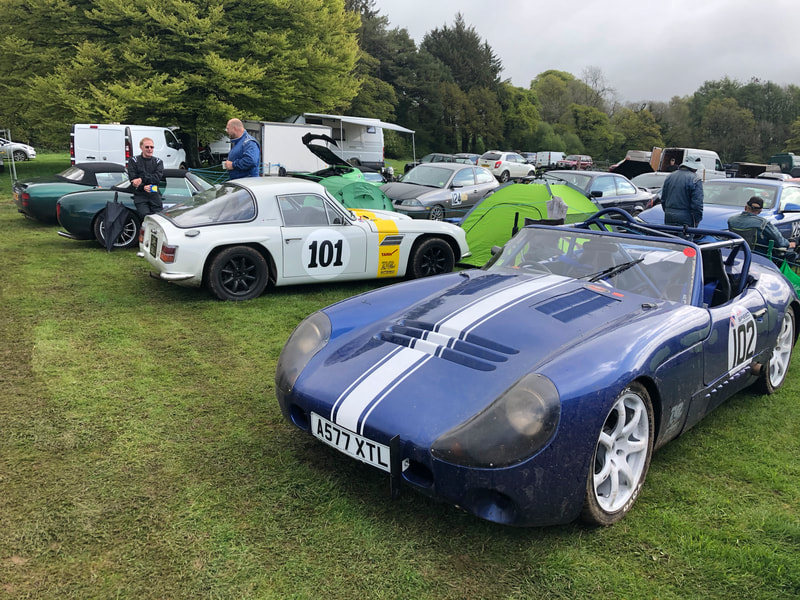 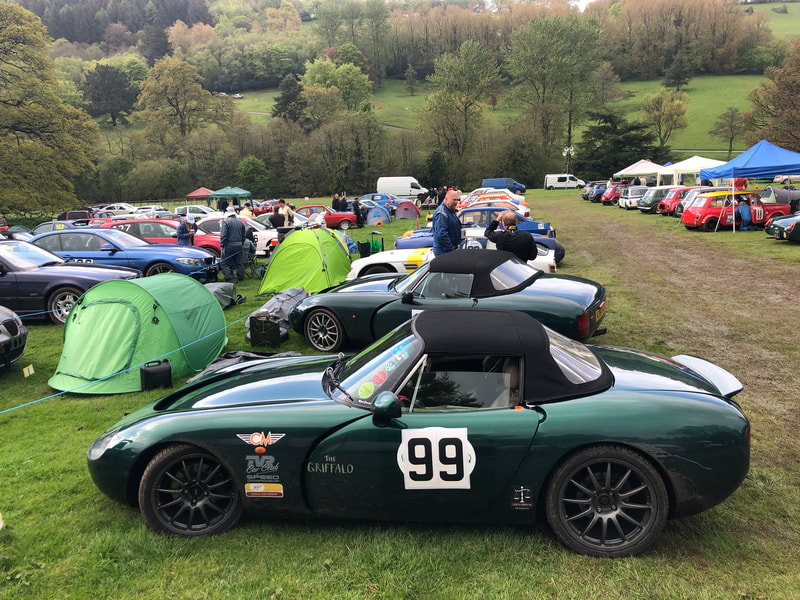 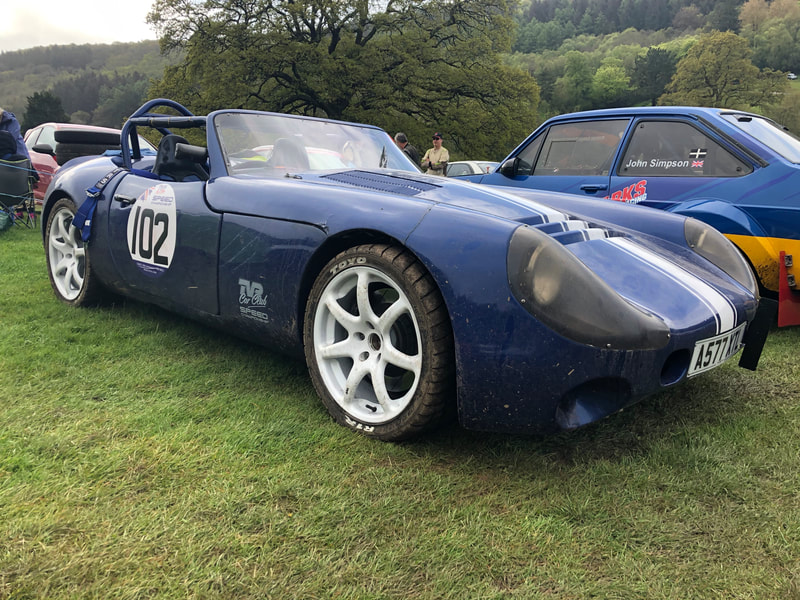 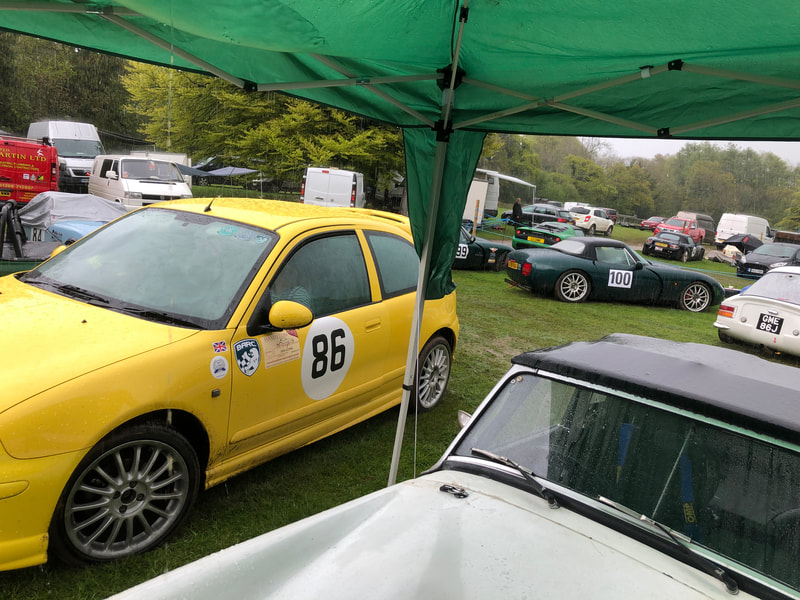 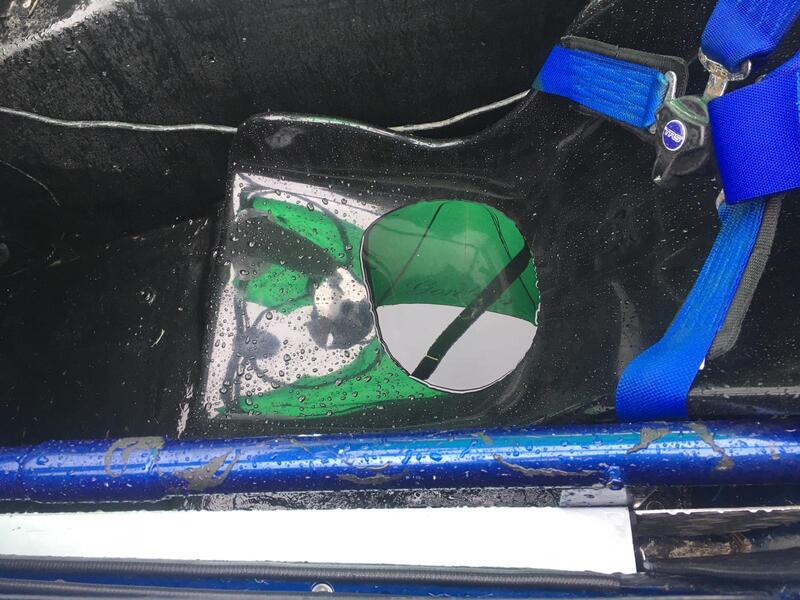 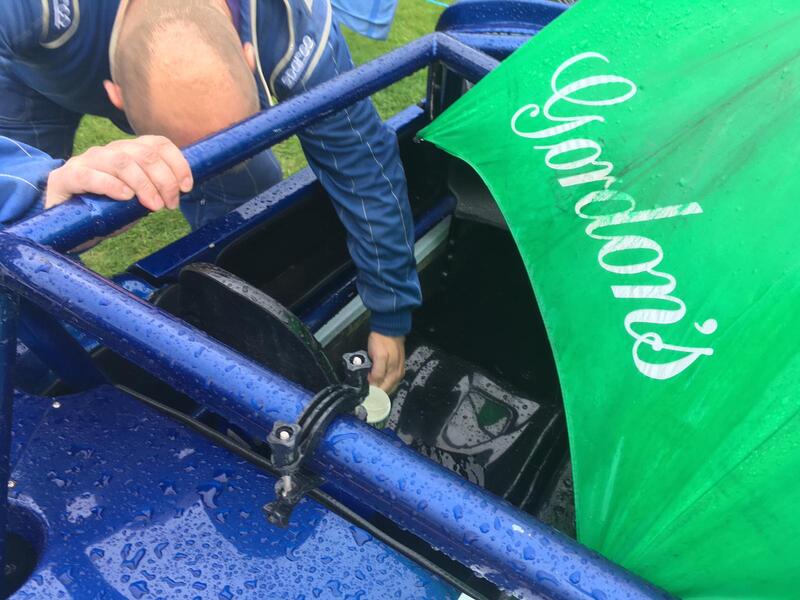 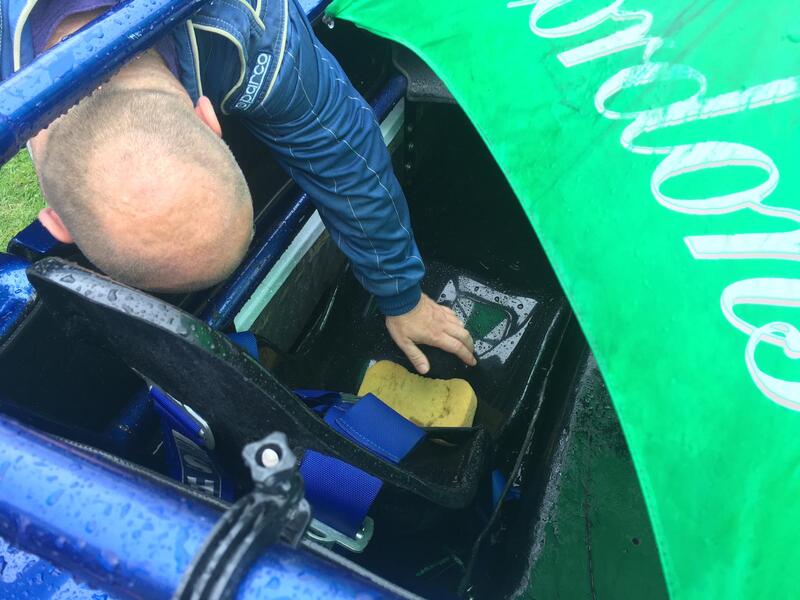 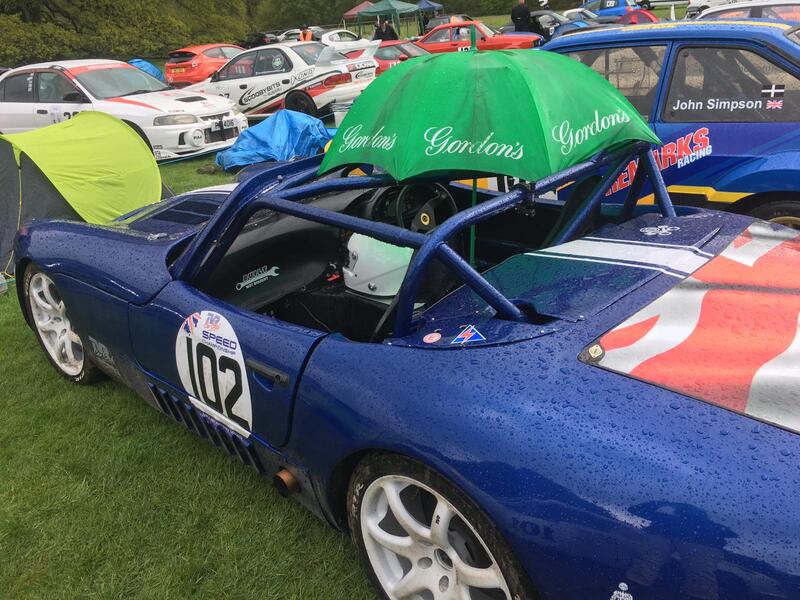 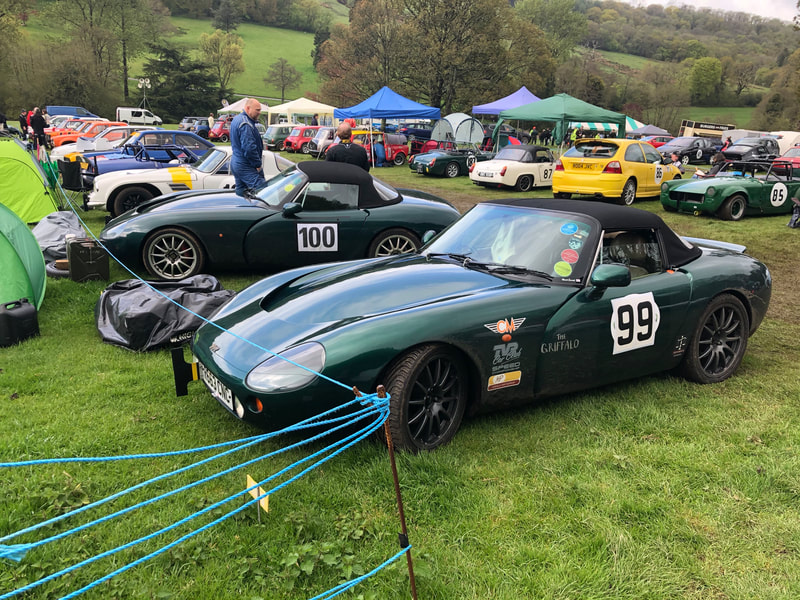 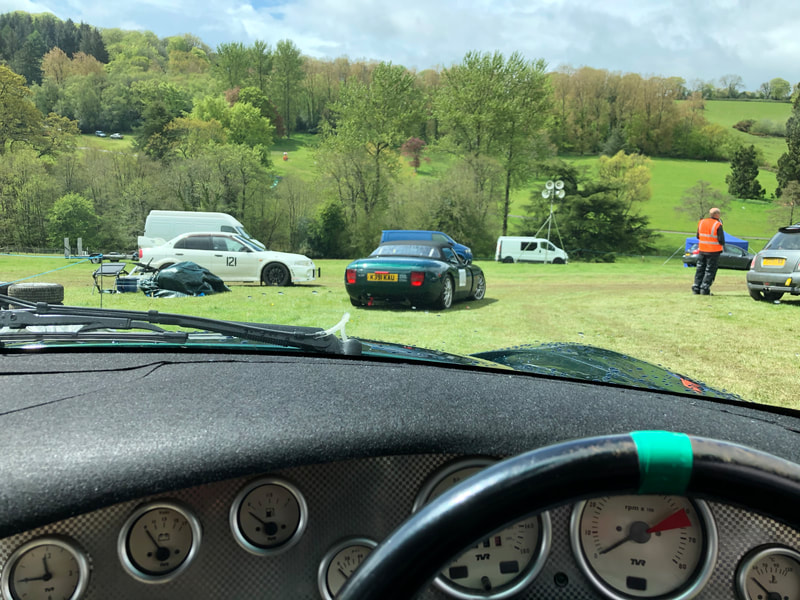