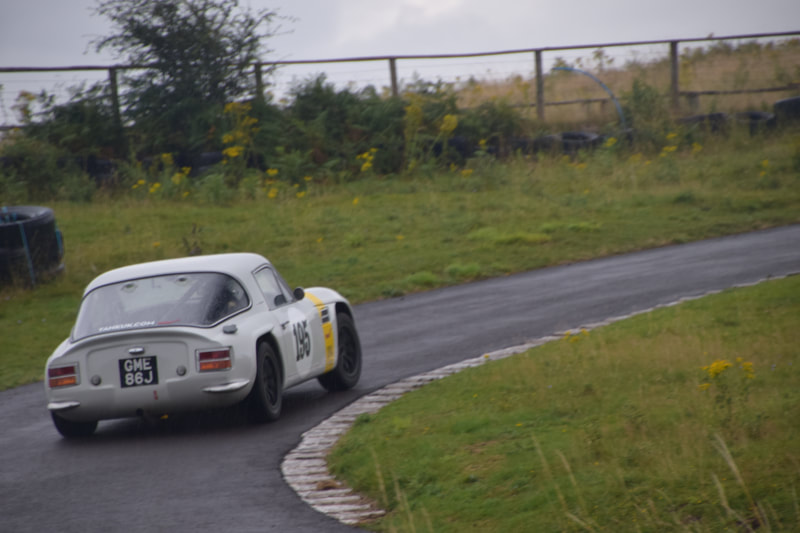 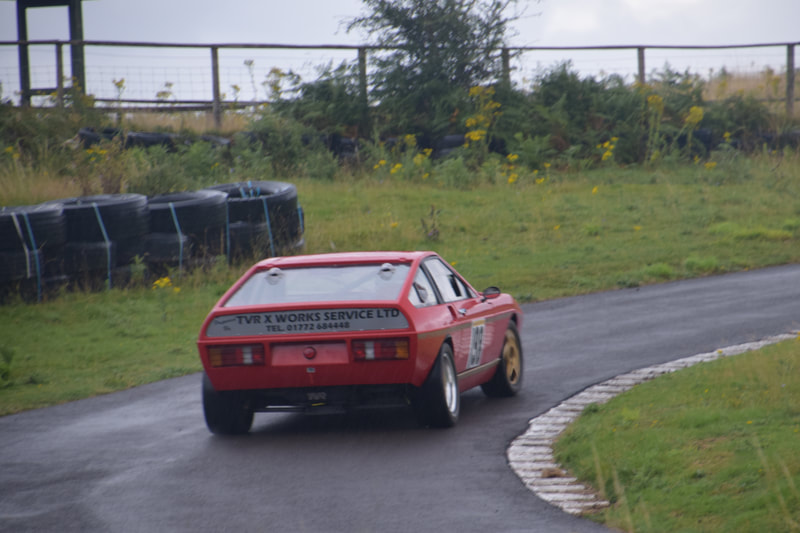 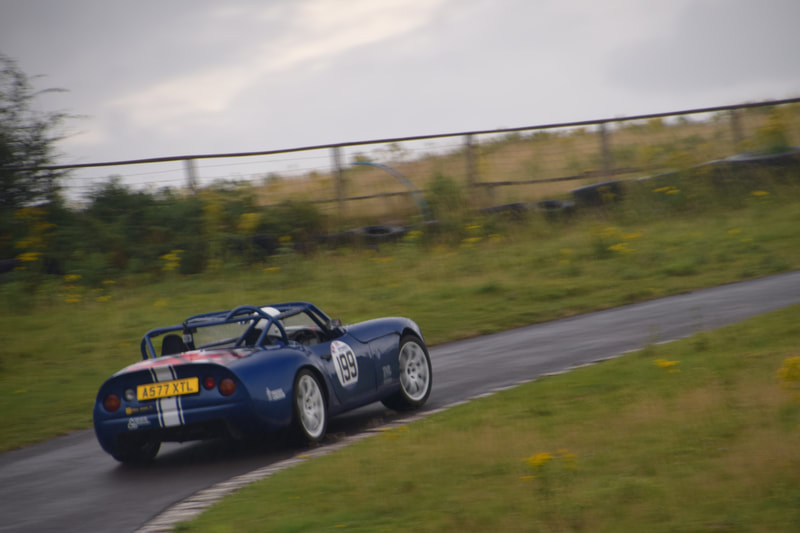 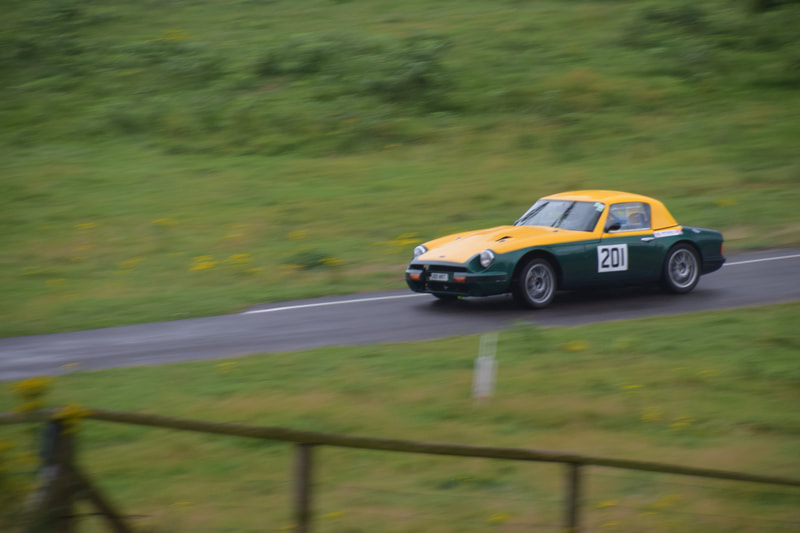 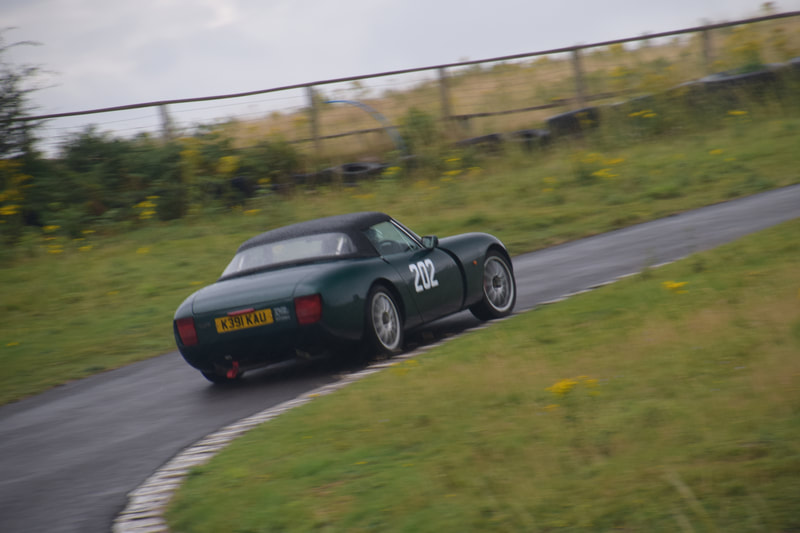 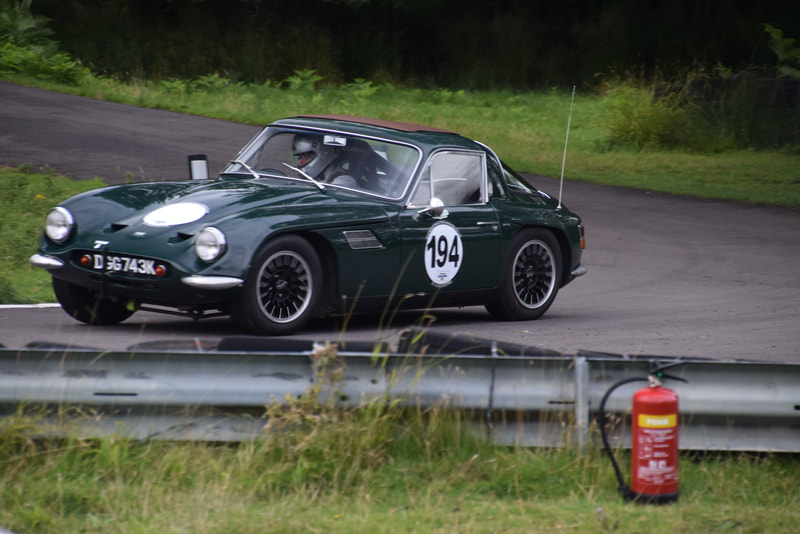 ​Loton Park is always a popular venue with the TVR’s and with 9 entries our best showing of the year so far.

Loton is probably the most technical and intense venue driven.  It’s fairly long at 60-70 seconds start to finish, and there’re no straights, so no chance for a breather between corners.  The start is no more difficult that any other venue but then having accelerated uphill to 60mph (ish), over a crest and hard on the brakes for a 1st gear (2nd in wet) 90deg left. Full throttle to 50mph (ish) before feathering through Loggerheads, a never-ending left that just wants to pull you off into the grass to your right, before straightening out downhill and off-camber for another 90deg left.  If you didn’t use every inch of the rumble strips you lost tenths of a second. Flat out downhill through the dip and uphill braking hard for Triangle, a very late apex 90deg right.  More feathering of the throttle to control oversteer before flat out for 5 seconds ending in a slight lift before the right so you can get back on full throttle to get a fast exit from the immediate left to carry max speed through the long Cedar straight.  But it’s not a straight, as it’s a long left (then right) sweep with a kink half way to keep you on your toes, followed by a blind crest before the very hard braking point and a 90deg left.  5 metres late on the brakes results in the inevitable lock up and missing the apex.  Another short max throttle before heavy uphill braking for Museum, a wicked 90deg left with a camber change that induces oversteer one way then throws you off the opposite way. If it’s still all good then a left hand sweep, flat out to the finish line - glance at the timing board and grin from ear to ear, or not !!

Firstly welcome to Peter Dodson.  His first event ever, in a beautiful blue Vixen.  Other drivers included the regulars - Pete in his yellow Griff, Mark (Chaos) Everett in his 5l Griff and Alan Davies in his 4.3 Griff.  John Carter in his race V8S, Michael in the race Tasmin and Rob Pack in his race Tuscan.  Leaving Hank (Mark) Hankins and myself (Steve Thomas) in the other Vixens.

Saturday was wet all day, which is always a good leveller as the V8’s can’t use all their power, giving us Vixens the chance to shine.  First practice saw Rob Pack in his race Tuscan spin at Museum, kissing the tyre wall, but fortunately no major damage.  Unfortunately Peter Dodson, in his beautiful Vixen, did the same with minor damage to the bonnet - all easily fixable and nothing to stop both cars continuing to compete for the rest of the day. End of first practice saw a tight pack at the front with just 1/100 th second separating Steve in his Vixen and Mark in his Griff.

Second practice saw Mark and Alan in the Griffs starting to stretch their legs - maybe a sign that there wasn’t quite so much standing water. But it was all to play for in the afternoon runs.

Still very wet but confidence grew through afternoon runs with everyone finding more grip than expected and avoiding the early errors.  But us Vixens couldn’t catch the Griffs of Mark and Alan.  Rob made fantastic gains throughout the day in the (scary in the wet) Tuscan racer and everyone improved and kept it on the black stuff.  But congrats went to Mark in 1st place.
​Thanks to all the supporters also - Shelagh (racing tomorrow), Adele (supporting Peter with any 1st race stresses), Karol (not racing due to a hip op and being on crutches) and Steve & Jo who brought much of the banter.​

Sunday saw a swap in yellow Griff drivers from Pete to Shelagh and one Vixen less as Peter & Adele had other commitments.  Saturday rain continued throughout morning practice giving us Vixens some optimism for success but unfortunately the rain stopped and the sun came out over lunch leaving a bone dry track all afternoon.  Guess what, yes them pesky V8’s can use all that power to full advantage. Congrats go again to Mark in 1st place and Alan in 2nd.  Awesome driving from Rob meant he leapt both Vixens to take 3rd.

I tried too hard to catch the V8’s, spinning at Museum on my first run and locking up at Cedar on my second. Hank got it all perfect and jumped me to gain a 4th place leaving me with 5th, John in 6th, Shelagh 7th and Michael 8th.

It was a really enjoyable weekend with great company and competition.  Now looking forward to Harewood August bank holiday weekend and Prescott finale first weekend in October. Bring it on… 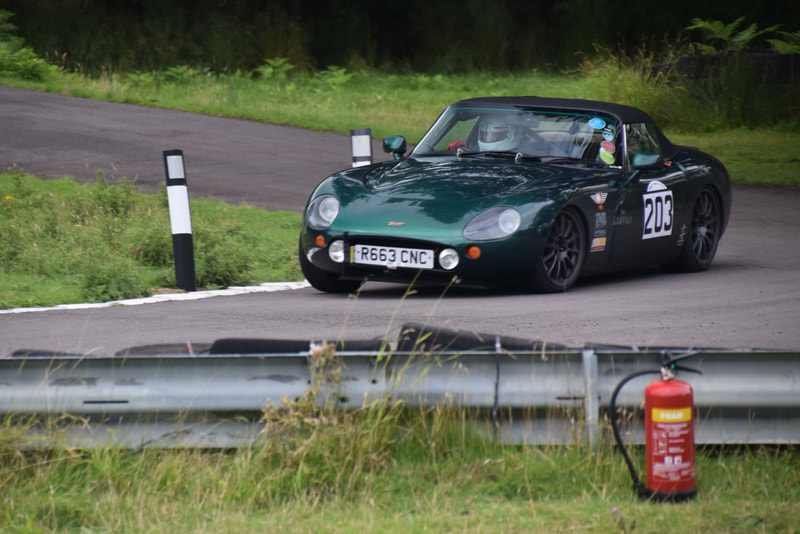 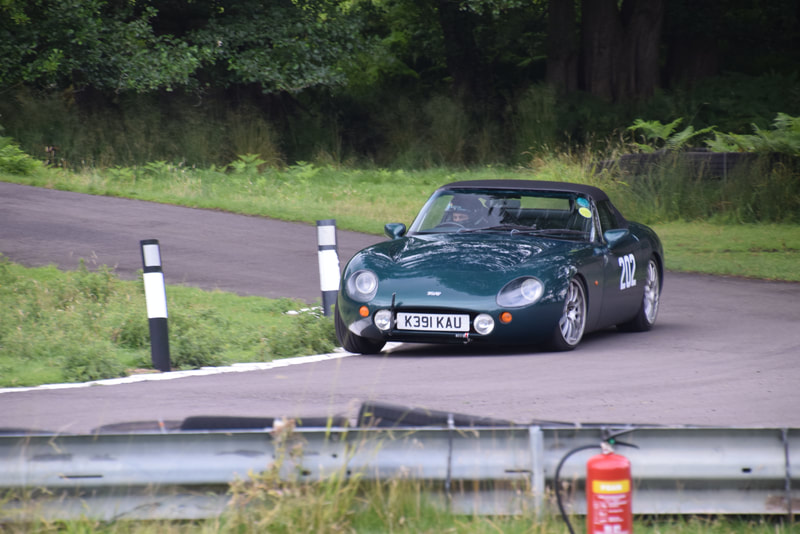 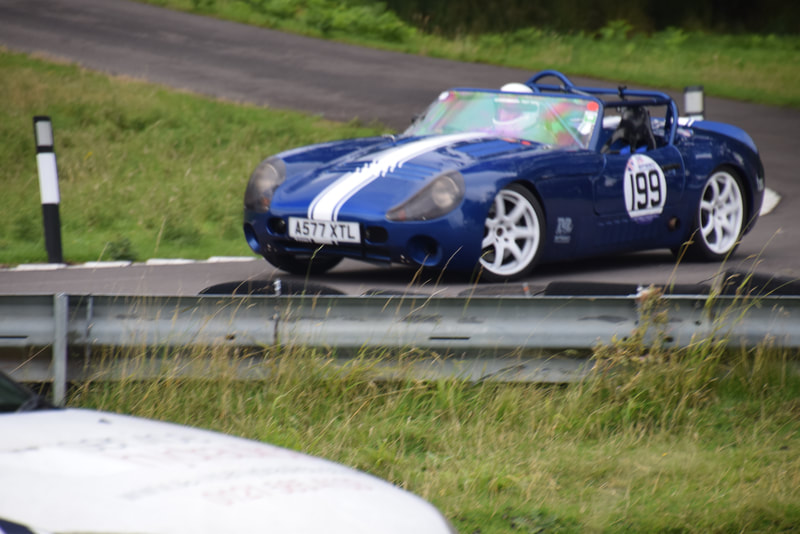 ..and we had to wait until the last run on Sunday to get a dry run!