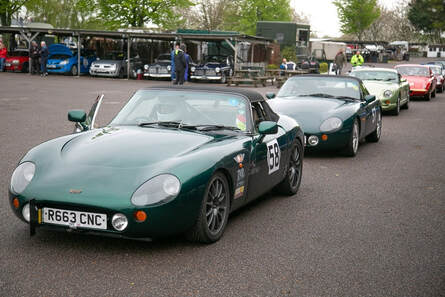 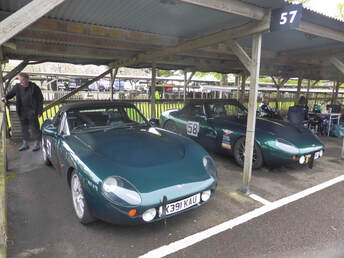 ​Goodwood in May should be glorious. Unfortunately, the three brave people, James Howell (Cerbera 4.2), Mark Everett (Griffith 5.0) and Alan Davies (Griffith 4.3) who had overcome flooded roads just to get to the track, were greeted with drizzle and high winds. However, one of the good things about Goodwood is that each entry gets its own timber car port, so we could stay relatively dry.
With the format changed to suit Covid restrictions, we didn’t need to sign in or get scrutineered before practice, so only the noise test to get through before bacon butties could be consumed.
By the time we got on the track for the practice run it had stopped raining, so now all we had to do was work out where the standing water was, and just how much (or little) grip there would be. Strangely, just as we got to the line the clerk of course decided that we each needed a talking to as to how slippery it was, and that it was only practice, apparently our reputation had preceded us!
Clearly we all heeded the clerk’s advice and drove fairly steadily, for times were over 20 seconds off the best dry times. Actually that’s untrue, two of us drove steadily, with Mark well ahead of Alan, whilst James decided it wasn’t a sprint but a drifting contest and afterwards declared it was the most fun he had had in a car for ages! 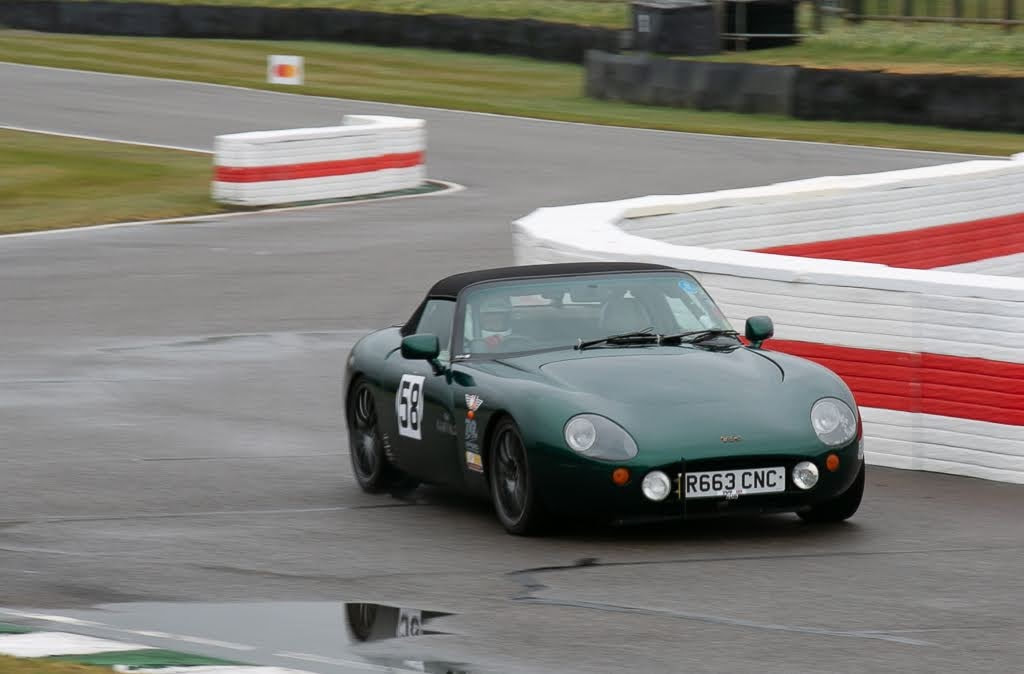 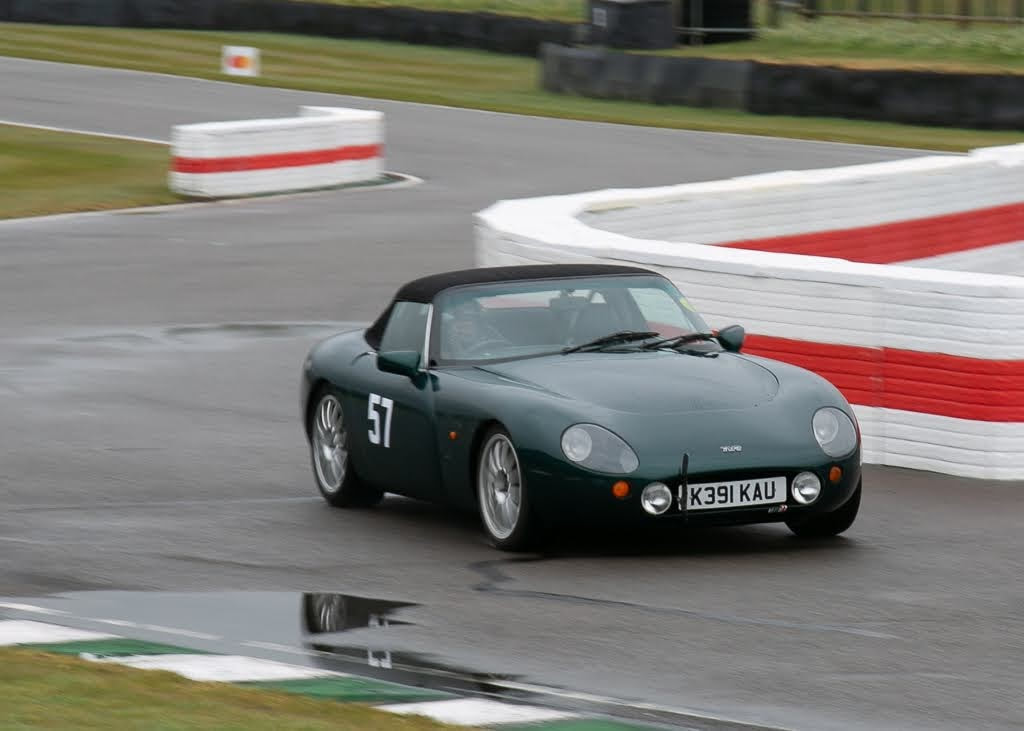 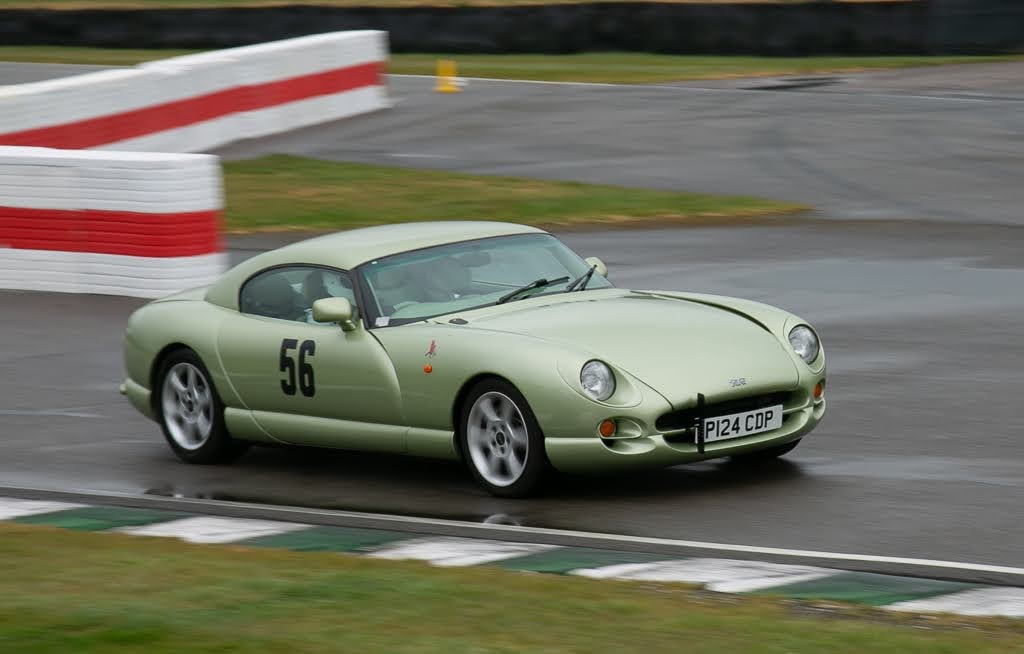 With the first of three timed runs before lunch the track was still not great, along with a nice tail wind down the back straight to make Woodcote corner even more challenging than normal. With no guarantee as to what the weather would do in the afternoon, Alan got his head down and led Mark by two seconds, with James in third. Annoyingly, a couple of other drivers commented that Alan hadn’t braked for the first corner, a piece of information Mark would use later.
The third and final runs seemed to come round very quickly, although we realised that this was exaggerated by some other competitors being very keen to queue up. The track was now pretty much fully dry and for the first time we all felt we could really commit into the corners. As a result we all recorded our best times, with the order staying the same. Mark therefore took away the shiny 25 points, with both Alan and James scoring good points.
So, while there were only three TVR’s, and no spectators, we all agreed that it was great to be back out competing with friends. 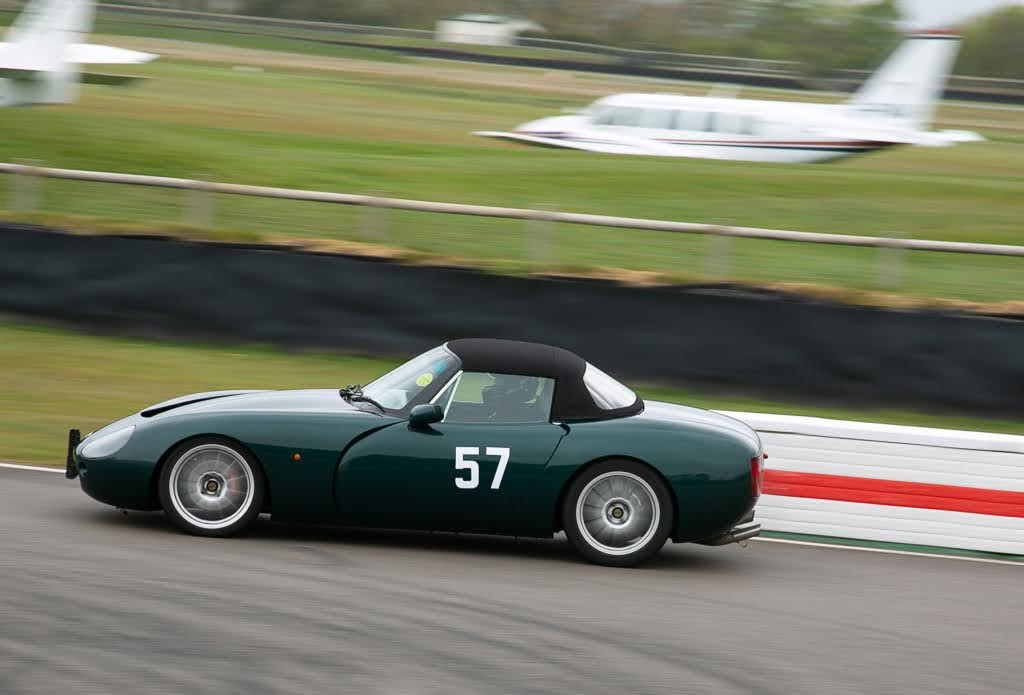 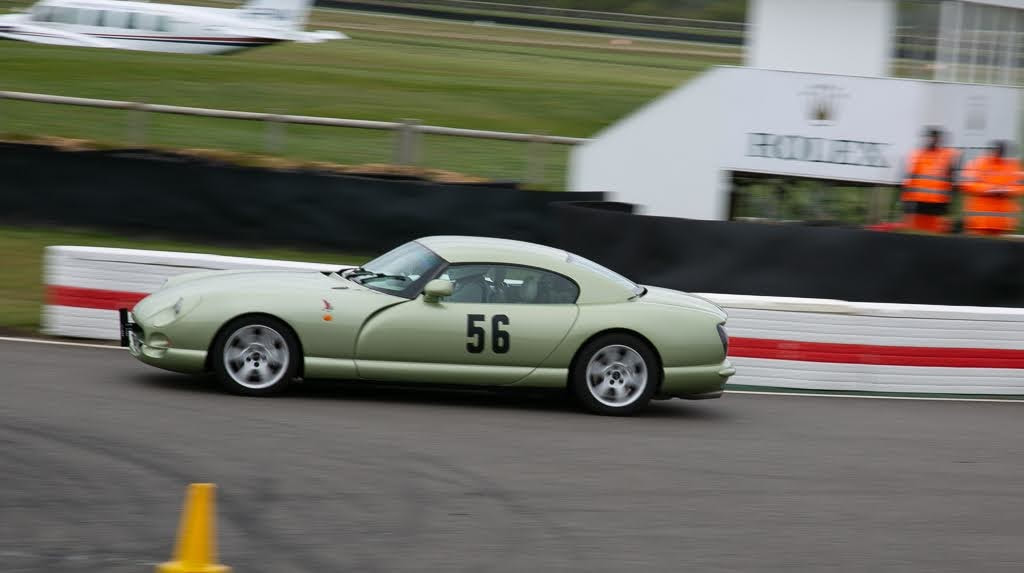 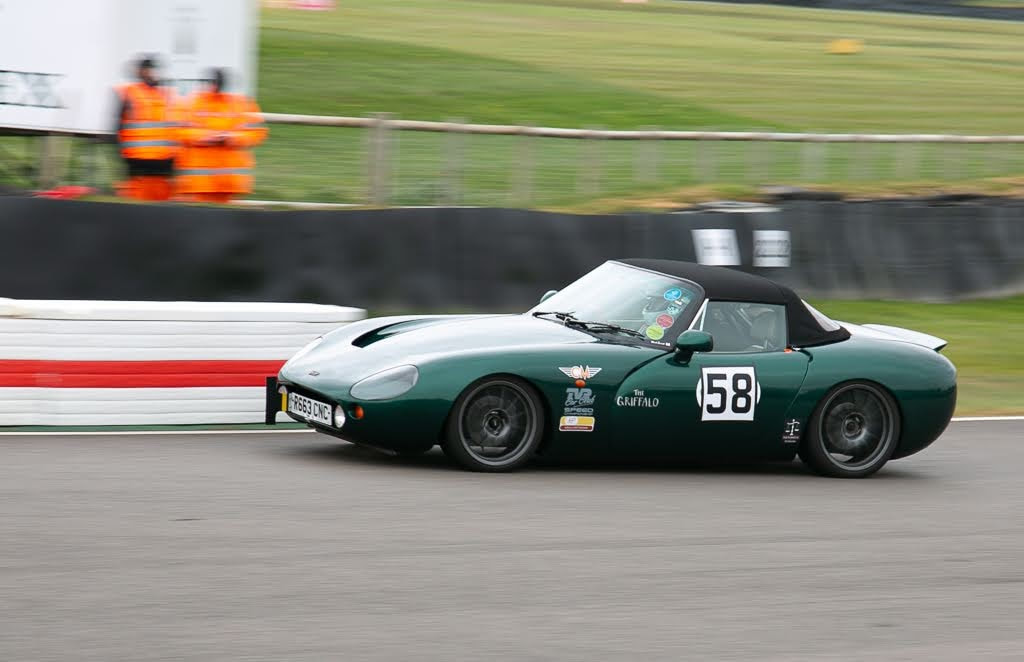