The Master (Cylinder)
August 12th and it's TVRs at Shelsley Walsh, weather forecast looking ok and Blower in attendance so aiming for a dry day. Another good turn out with 11 drivers in 9 cars, a mix of models, but with a distinct bias towards Griffs.

First (and only) accident of the day went to Blower, rubbing the creosote off one of the "garage" posts with the wing of his Chimaera, nothing a bit of polish wouldn't put right, and in fairness the garages were probably designed in the era of the Cooper 500s that were parked opposite and a bit tight for TVRs.
Practice 2 sees most of us return to the hill and Hank set off to Coventry for a replacement part! Results this time saw the same top three in the same order with improved times from all, and even the weather improving. Meantime John W had rustled up some assistance from the Lotus camp and local Landrover repair shop to find some parts for Hank's master cylinder, beavering away and getting dirty hands and looking like they were enjoying the challenge.

Running in a high profile event with the British Hillclimb Championship cars attracts a good crowd of spectators, and builds an atmosphere, but the downside is there is a lot of waiting around between runs which allows the adrenaline to wear off. Pete W seems to have countered this by reading up on the latest Jack Reacher paperback while he waits, which clearly works cos he was consistently 3rd fastest in every run. The Ash's relaxed in the sunshine sipping on a cool (non-alcoholic) drink. 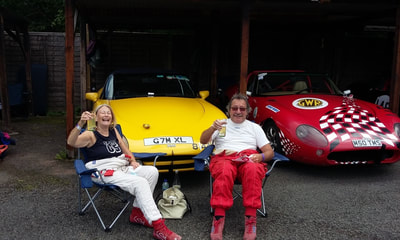 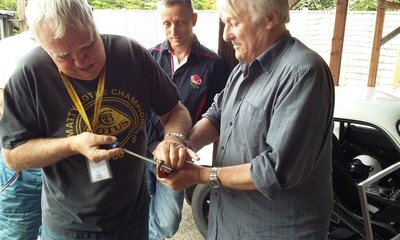 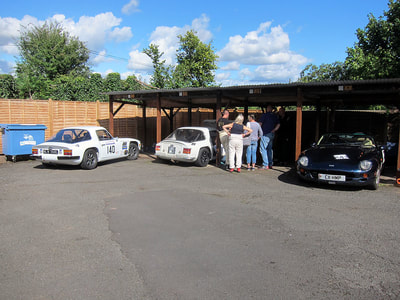 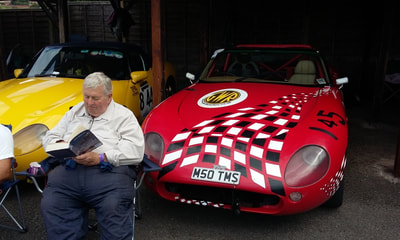 Meantime CC was tweaking his Griff, whilst others adjusted tyre pressures and prepared for the timed runs.

T1 saw no change in the leaders, with Moggy still masterful, leading by a pretty hefty 3 seconds on scratch from Captain Chaos and Pete W, although all three lost fractions from their best practice. Pretty well everyone else improved slightly, with Normal Richard getting under the 40 second mark and dual driver Jim squeezing another second off his time.

The time lapse to the next run seemed to go on forever while the single seaters had top ten run offs and clouds gathered overhead. At least this delay allowed Hank to return and John W and co. to get his car running again and Hank duly managed to persuade the organisers to let him get 2 timed runs in, although still suffering from some loss of clutch pressure.
T2 and it still stayed dry (just) further improvements from Blower, Normal and Chaos, and Shelagh meeting her target with a time under 40 seconds. Leader board still the same, albeit Moggy's lead slightly reduced. 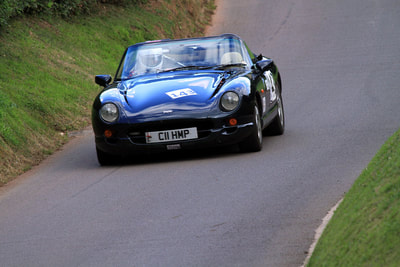 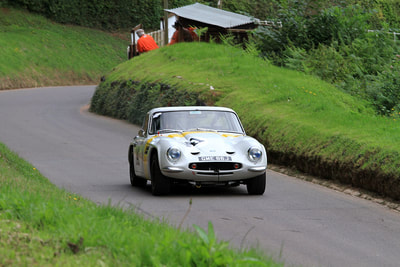 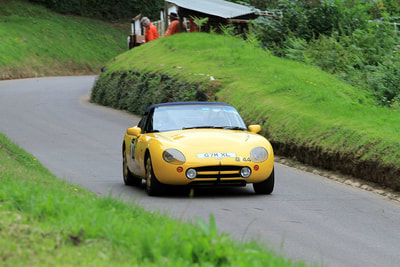 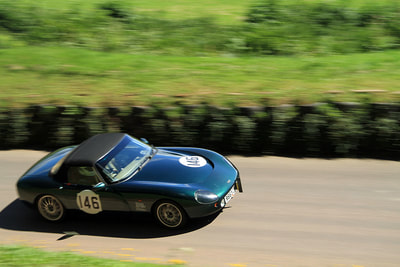 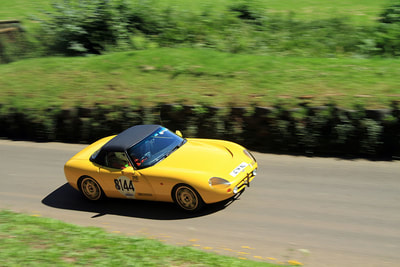 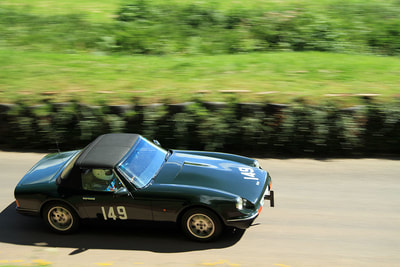 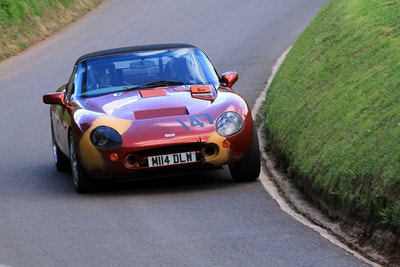 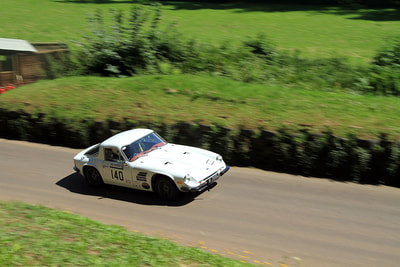