Harry was out in his Cerbera. Shod in new tyres it would be interesting to see if he could scrub them in in time to get a good run.

Shunter and Jo had made the pilgrimage to Norfolk which included visiting family as well as joining their mates at the racetrack. After their close battle at the Rock last week, this would be a true test of their new four-pot calipers.

At this event last year Pete Three Nuts, had to use his blue car, out-braking himself at the chicane, and spinning at the start of the second lap trying to make up the time. This year his red car was fully prepared so he was hoping for a better points haul. 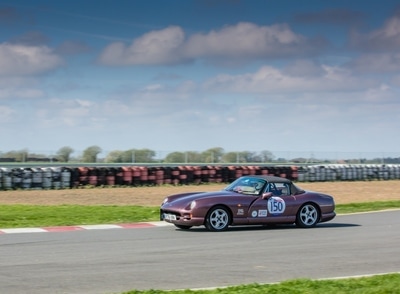 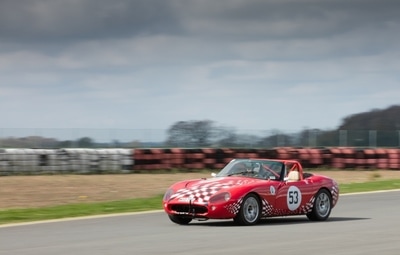 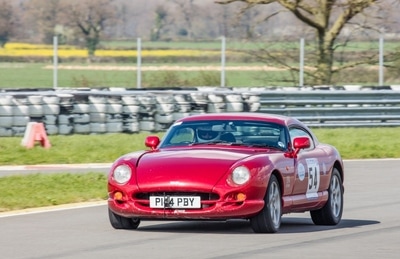 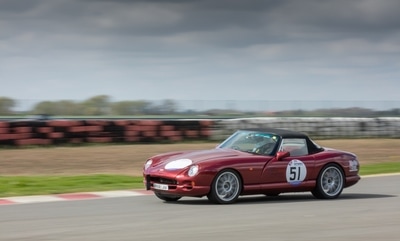 Whether it was the lie-in or just local knowledge Jo and Shunter where nine seconds ahead of the pack on first practice.  Blower was the only one who had done a full sighting lap on his fold up bicycle but he was still getting to grips with the layout. Three Nuts arrived late and flustered so his first practice time wasn't representative of his knowledge and ability.

Blower and Three Nuts hacked away 11 seconds in second practice. Harry got into the mid 155s. Inexplicably Huge went slower - the result of a year away from the track. Jo tested the new stopping power to the full to record a 148 and handed the car over to Shunter with smoulderingly hot brakes. Shunter claimed he was on the flyer when he got baulked by a single seater at the very last corner. Normally, a rerun would result in large gains, but this was taking its toll on the new brakes and he only managed an improvement of one second.

Despite a few spins during practice our fabulous friends at Borough 19 where adamant they would get first timed runs in before lunch.  With the sun high in the sky we all headed out to put in a banker. All bar Three Nuts went quicker and headed back to the paddock for lunch and a rest.

Harry, Three Nuts and Huge all lost two or three seconds on the final run. This is surely testament to the quality of the burger van.

Three Nuts later claimed a lack of power: "It's either a blocked air vent to the tank or possibly a dirty inline filter. I'm going for the air vent."  Frustration almost turned to 'whoa' on his journey home with his annual Three Nuts moment - "the wheels stayed on but a trailer tyre burst and I had no spare, so crept cautiously home on three inflated wheels! To be met by "did you have a good day dear"?"

Blower was clearly learning the track quickly and was the only one to improve with his second timed run. He went fastest on scratch but his ludicrous power and therefore handicap demoted him to 3rd place. However, it is his highest score to date.

Still holding her lead on the final run, Jo was paranoid that someone would pip her to the post. She went on full attack mode which seemed to be working until the big chicane two thirds round the track. Whether it was carrying too much speed, over exuberance, or more likely cooked brakes, she couldn't slow down sufficiently, and span taking out a couple of cones. 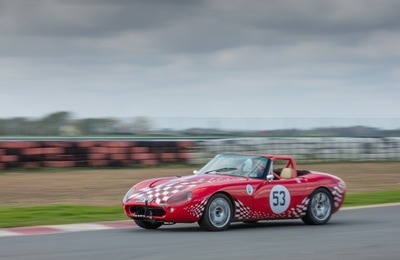 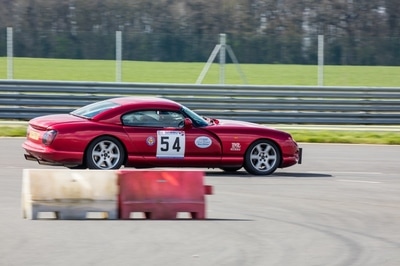 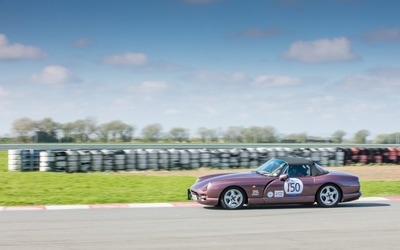 With a sheepish look, she handed the car over to Shunter in the paddock, where he had to straighten the timing strut before proceeding. Slightly unsettled, Shunter approached his last lap cautiously and didn't improve.

The big 25 and lots of big hugs went to Jo. Her second ever win despite the tales of whoa with her brakes.

(Paddock wisdom suggests a change to Ferrodo pads is the way forward, not Frodo Baggins as some misheard. That's certainly one way to look after 'my precious'.)