​As a location, Hethel nestles in the middle of one of the UK’s hotbeds of retirement, as evidenced by ex-sprinter Huge Davies who decided that Cornwall was too bustling for his senior years and relocated to Norfolk instead.

Harry was bringing his berry-coloured Cerb to Lotus’s testing ground for the very first time, while Jes hadn’t competed here since they changed the format to 1⅓ laps – surely the most miles per £ of any of the venues we go to.

Shunter and Jo nearly didn’t make it – failure of a £10 rotor arm quadrupled their journey time to the edge of the country, but with thoughts of “what would King Stallard do?” echoing in their heads, the duo refused to admit defeat, even on a bank holiday Saturday, with Lord Moggy eventually coming to the rescue (several pints owed I think).
​
Practice, as they say, is meant to be for practice.  Unfortunately, the dry conditions, glaring sunshine, and prospects of a fabulous day’s racing didn’t equate to a grippy surface, and a large proportion of the field, including two of ours (Jes and Pete), decided to throw themselves into the scenery.  This put Gerald in 3rd place – clearly not requiring any geriatric weighting. 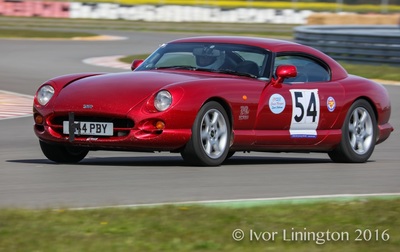 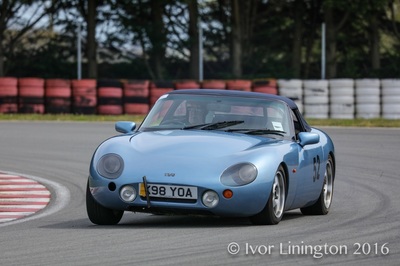 ​Due to the delays, the organisers asked if everyone would be happy to forego second practice in order to get two timed runs in – unsurprisingly, this was agreed unanimously.  Thankfully so for Shunter and Pete who managed to miss the second chicane entirely, thus requiring the second timed run to secure any points for the day.
​
Jes was way out front, with Jo and Harry battling away with their unsuitable 1A tyres, and Gerald steady away in 4th.
Final run then, and Jes found a second, Jo and Gerald found two, Mark got a whole four, but could be heard swearing at Shunter who finally put his banker in to secure 3rd place.  Pete had another pirouette at the hairpin, but had the presence of mind to turn his car around within the confines of the circuit, thereby bagging a time and disproving the “geriatric factor” in the process.
Proper preparation prevents p*ss poor performance – right up until the Thursday before, the weather forecast was looking none too smart for Hethel.  The Hunter-Briarses decided to go with their 1A rain tyres, while Pete went the whole hog and decided on his blue “rain car”; 1A tyres, lower power and most importantly – a roof!  On this occasion, bolder decisions would have wiser – with 1B tyres, Shunter could have slowed down enough for the chicane and got a banker in the first run.  In his red car, Pete would have managed at least one ‘clean’ run.  Chequerboard Griff next Pete – and leave your geriatric tendencies at home!
Website by treble3 design