TVR Speed Championship 2021
Round Eleven
Harewood  29th August 2021
Here is the Harewood result. Many congratulations to Steve Thomas on his second win of the year. Looks like he was chased hard all day by John Carter, with a close battle for third and fourth between Michael Bailey and Peter Caygill, who joined us for the first time this year. Event report and photos/video to follow.. 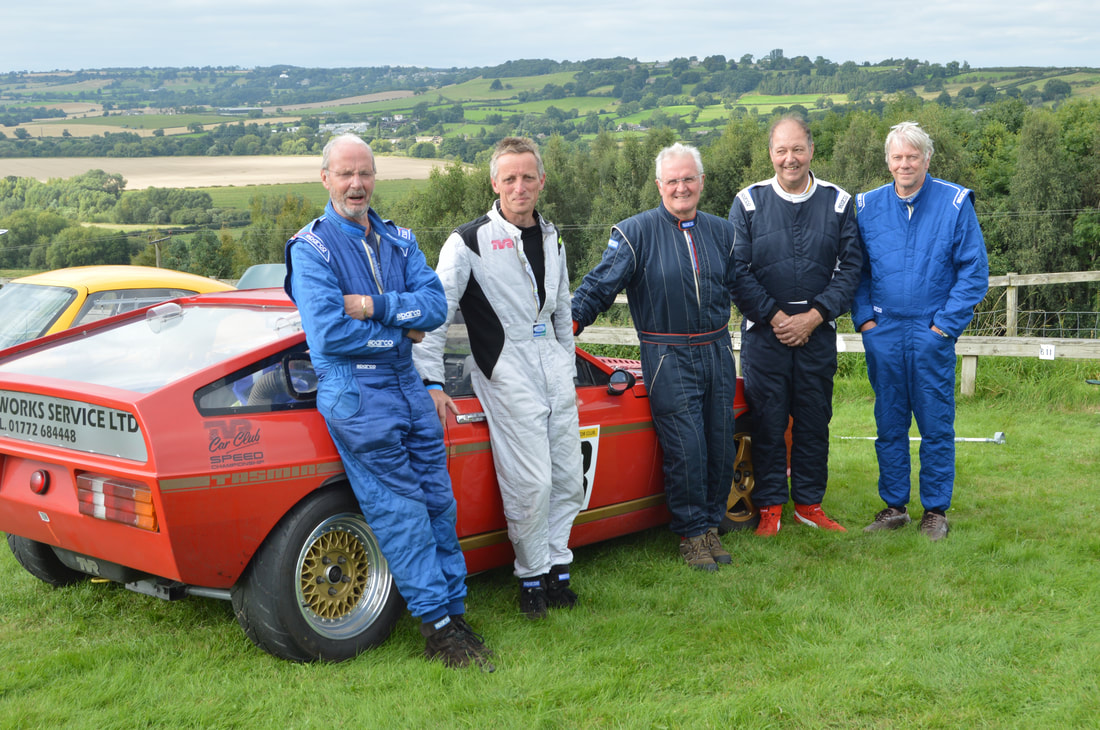 The last time the Speed Championship was at Harewood Hillclimb it was a sweltering 29 degrees C, and thanks to Ben Stokes’ heroics England beat the Australians in the 3rd Test of the Ashes series just up the road at Headingley. This time, things were a little different. England had wrapped up a Test win against India the day before, and the temperature was 12 degrees cooler. After a gloomy start to the day, the afternoon was brighter and dappled sunlight lit up the hills in the distance, and the northerly breeze was sufficiently strong to allow the red kites to soar back and forth along the ridge.
​At ground level the paddock quickly filled up with a wide variety of racing machinery including six TVRs. The Speed Championship was contested by four of them, Steve Thomas (Vixen), John Carter (V8S), Michael Bailey (Tasmin) and Peter Caygill (3000M). We were joined for the day by Mike Brown, a Harewood expert, with his very quick Vixen, and it was great to see Steve Dennis’s old 1600M back where it belongs. Karol Bailey was with us but was unable to share drive the Tasmin as she was still recovering from a hip operation. Hank Hankins had been due to take part as well but, understandably, he decided that a 750-mile round trip from Newquay was a bit too much.
Competing at Harewood can be frustrating at times as it is a difficult track to get right, but it feels good when you do.  There are nine corners in all so there is no respite, and there’s always a temptation to turn in a bit too soon instead of looking for a late apex.  Perhaps the toughest combination is to hit the correct braking point at the bottom of the downhill section after the start and then get a good line through the esses and hairpin.  It is also important to carry as much speed as possible through the penultimate corner (Farmhouse Bend) as this leads onto the final uphill section. 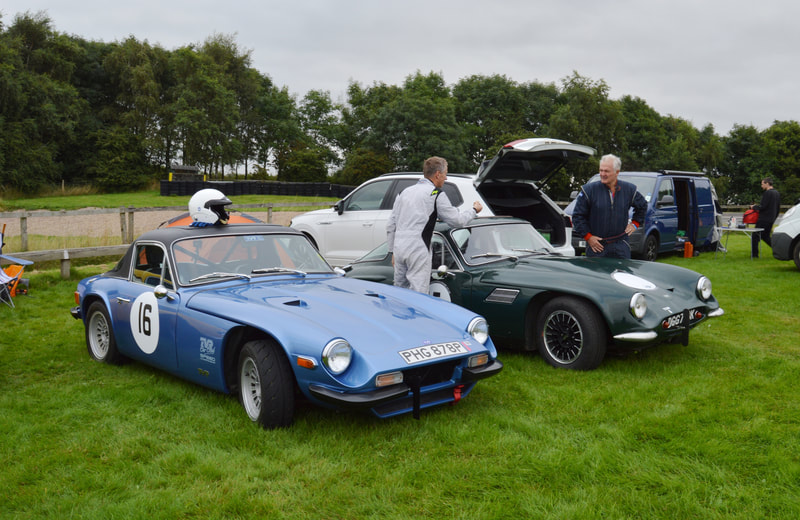 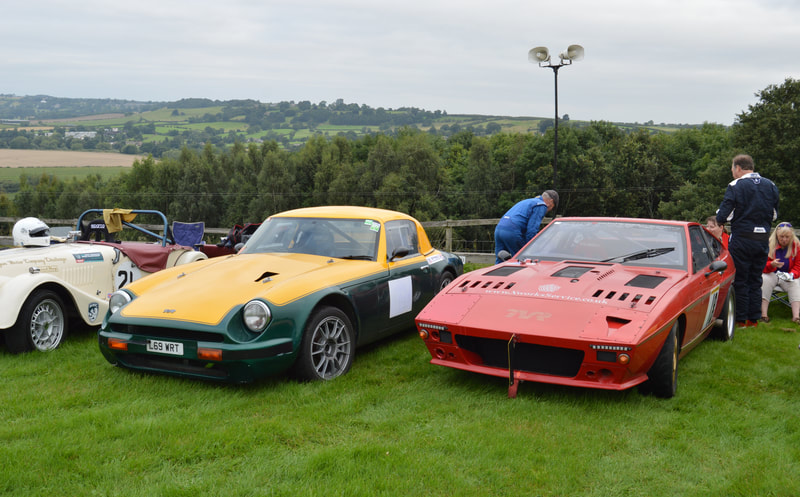 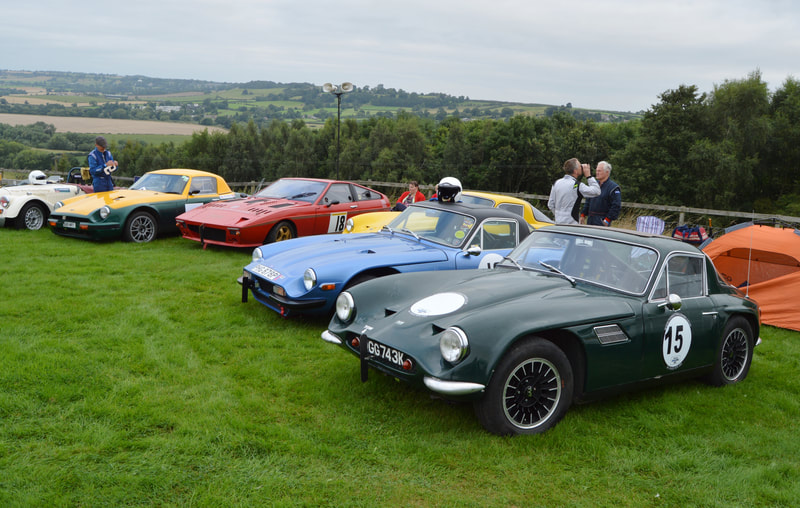 ​Practice started at 9am prompt and for once we were in the first batch of cars.  Although this was Steve Thomas’ first visit to Harewood, he was quickly on the pace with a P1 run time of 77.43 secs. As Peter Caygill was still exploring grip levels with his new 1B tyres, he opened up with a steady 84.56. In Class B, John Carter started with a 76.48 with Michael Bailey, also making his Harewood debut, on 78.28.
This year the organisation at Harewood was first rate, and with no red flags it wasn’t long before we were called for our second practice run.  We were all quicker, with John improving his time by 4.65 seconds, but this still wasn’t enough to take the lead as Steve’s P2 run kept him ahead on handicap by 1.66 seconds.  Michael soon got to grips with the course and used the power of the Tasmin to great effect, being quickest of all in the final sector, with Peter knocking 3.78 seconds off his P1 time to stay in touch in fourth place.
​Having analysed our practice runs, it wasn’t long before the voice over the tannoy, sounding rather like a Yorkshire version of the announcer in Hi-de-Hi, was telling us that the T1 runs would take place before lunch.  This was a pleasant surprise as two years ago we only managed four in total, so things were looking good. Steve had a great run and got down to 74.32 with John knocking 2.23 seconds off his previous time to post a 69.60.  Peter’s declared aim for the day was to get into the 70s, and he made it, but only by three hundredths of a second.  This was despite changing gear from 2nd to 5th and then back into 2nd again on the ascent out of Farmhouse Bend (3rd gear proved to be a bit elusive all day).
After the morning’s exertions, lunch was most welcome and it also gave us the opportunity to have a chat with some TVRCC members who had come along to offer their support, including Peter Reid (North Yorks RO), Chris Gilpin and Dave Shaw.  There was also the usual good-natured banter with drivers in the Classic Marques Speed Challenge; in particular with Alan Voyce, whose grin got wider the faster he went in his Triumph GT6. 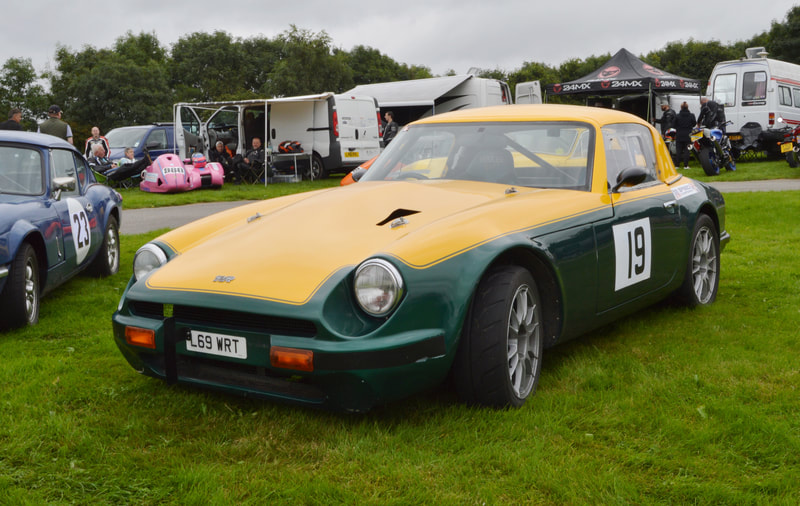 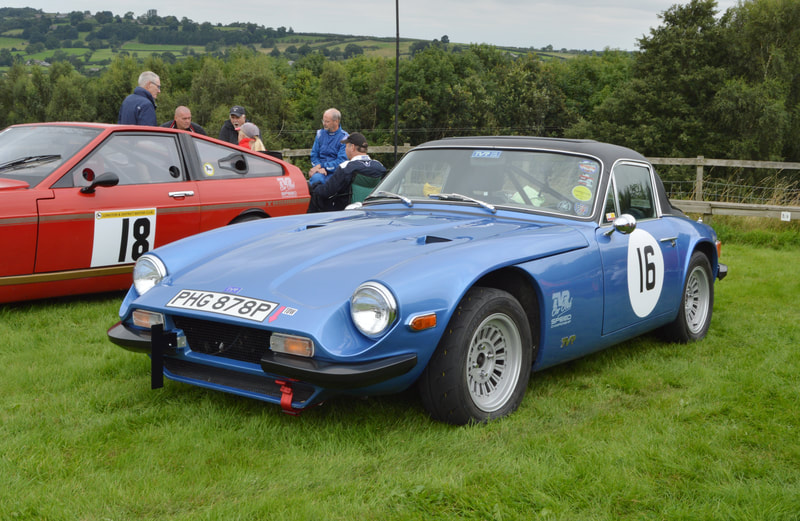 ​The T2 runs got under way at 1.30pm but, as often happens, everyone was slower.  Was this down to track temperature, or perhaps we had all eaten a bit too much at lunch?  It has to be said that the bacon butties were rather good.  This meant that there was one last chance to go for glory. On his T3 run John recorded his best time of the day with a 69.15 but this still wasn’t quite enough to grab the win as Steve’s T1 time kept him ahead by three quarters of a second on handicap to give him the 25 points. Michael continued to improve and recorded a time of 74.85 seconds to secure third place.
Despite a few red flags in the afternoon that delayed proceedings, we were given the chance to take part in a fourth timed run, although this didn’t count towards the Championship. In this, Steve and Michael improved further to set their fastest times with 73.63 and 73.17 respectively. 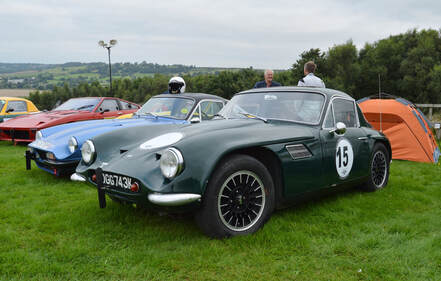 So, once again, it was a Vixen that triumphed at the UK’s longest hillclimb (Hank Hankins having won here two years ago) proving that this is the car to have at Harewood.  This was Steve’s second win of the year. The first was at Curborough (one of his favourite tracks) but this one was particularly impressive as he had not been to Harewood before. John was not quite as quick as he had been in 2019 but this might have been due to the different track conditions. Michael thoroughly enjoyed his day, reducing his times by five seconds and with 1B tyres, Peter improved his PB by over eight seconds. A few years ago the Speed Championship made two visits each year to Harewood, one early in the season, one late.  With the apparent demise of the Easter Monday sprint meeting at Croft, maybe we should do this again; it’s a good ‘un?
​
Peter Caygill