​Thankfully, the deer make themselves scarce during motorsport weekends.  The only evidence of their presence is their obvious emissions dotted around the paddock and along the track. One of the benefits of the TVRs being in the later classes is that the other runners have cleared most of this “debris” away before we go up the hill.
Some people proclaim that the handicap system employed by the Championship is complicated (it’s not, honestly; it’s just a simple power:weight ratio).  Whether it is or not, it works! At the end of T1 on Saturday, eight competitors were within 1 handicap second. A half second improvement for Moggy in T2 was enough to see him jump to first place, with a bewildered Cole demoted to second and a jubilant Pack-Man picking up the last trophy.
Although top speeds of 80+mph do not seem time warping, arriving at the top of a very steep, very narrow Cedar (not) Straight to be faced with a more than 90⁰ left at Fallow catches out the skilled and not so skilled alike.  Victims of this combination over the weekend included Blower, StevieD, Briars and Shunter (twice).
In second practice, StevieD experimented with shortening the corners by taking to the grass at Loggerheads and Fletchers, finally concluding that a road car should really stay on the black stuff when he threw it off again at Triangle.  He did his fastest run of the weekend in T2, by (mostly) staying on the tarmac. 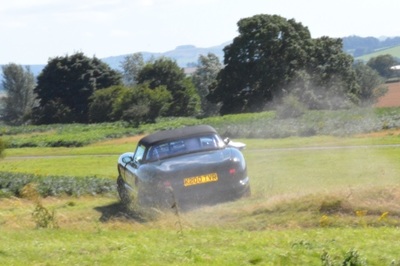 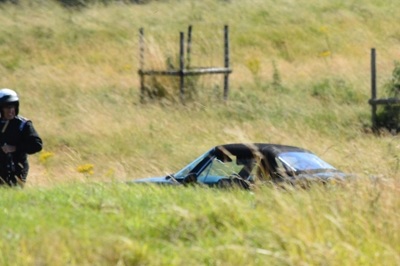 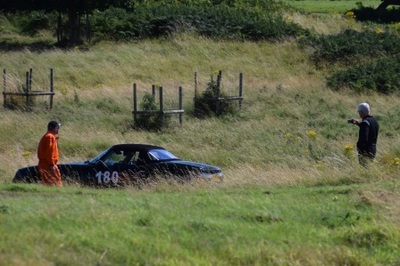