Curborough was due to be Round 16 of the TVR Speed Championship in 2021. However, the intended programme has been heavily interrupted this year. We lost planned events at Gurston (rearranged for 18th July), MIRA, Anglesey, Coventry and Epynt due to Covid 19 precautions, and the proposed second day at Wiscombe was rained off.  Curborough therefore became Round Six, and this is how it went in the words of the victor Steve Thomas;

Curborough is always a favourite for me.  It’s got lots of run-offs with no trees (unlike most of the hills) which allows you to find the edge of grip in relative safety.  It’s also a double lapper so it’s one of the longer tracks. Dry but not too hot - a perfect day to be here.
It was a good showing with seven drivers in five TVR’s competing - Rob in his race Tuscan, Michael & Karol in their race Tasmin (first time I’ve seen it and it looks the business, especially from the rear), Shelagh & Pete in their Griff 500, John ‘Get’ Carter in his V8S and myself in the Vixen.  Also, it was great to see Steve & Jo turn up in their Chim and joining in the banter again.  They’re both on a break at the moment (from competing that is) which gave us the opportunity to turn their pet line back on them “Go on, put some numbers on it.  You know you want to”.
A lap at Curborough has a mix of everything.  From the start line just drop the clutch at 4,500rpm, keep the throttle in so it doesn’t bog down and accelerate along a fast and long left hand sweeping bend, tightening towards the end.  It surprises you how much grip there is before a flick on the steering into a right hander before braking hard for the ‘molehill’, a very sharp left hand where you use all the rumble strips which will happily remove any loose fillings.  Accelerate hard through second and into third up to the hairpin, back on the brakes and into second for a late turn in clipping a late apex, accelerating out and balancing oversteer so you don’t creep out beyond the white line to exceed track limits.  Phew, a bit of a break as you’re flat to the floor down the straight.  6,200 rpm in third, five metres before the fifty board it’s hard on the brakes again for the off-camber sharp right hander before starting the second lap and the same all over again.
After practice we had all got to grips with the course.  In fairness I had spent a day testing here in April (so advantage to me) which left me heading the times, closely followed by Rob and J ‘Get’ C, Pete, Michael, Shelagh & Karol.  Time for lunch and for John to look for a rather concerning knocking coming from under the V8S.  “Probably just an exhaust mount - nothing serious”, we said.
The first timed run saw the times close up to just twelve hundredths of a second at the front.  Michael decided to visit the scenery, but no harm done.  Karol was feeling much more at ease, and John was tuning out from the ‘knocking’ noise to take a chunk out of his practice times - whilst keeping a close eye on Pete chasing his time.
Final run saw Rob and myself with just twelve thou separating us - we were playing with psychological banter in the vain hope of gaining an advantage.  What I didn’t share was that I knew I’d out braked myself into the right hander starting the second lap so I reckoned I could find half a second, as long as I didn’t get it wrong again!  It’s amazing how competitiveness raises its head when things get so close.  Showtime.
And it’s all over!
Final lap and Karol had pulled out a stonking eight second improvement but didn’t quite catch Shelagh who had yet another fine lap.  Michael leap frogged both the ladies by not visiting the scenery whilst Pete with his best lap leap frogged John who may have been too busy still trying to identify his knocking noises.  Leaving Rob and myself - I got the braking points right and the psychological banter may have helped, leaving me to lift the trophy.  Sorry Rob, but you can walk away knowing you still got the fastest scratch time of the day. 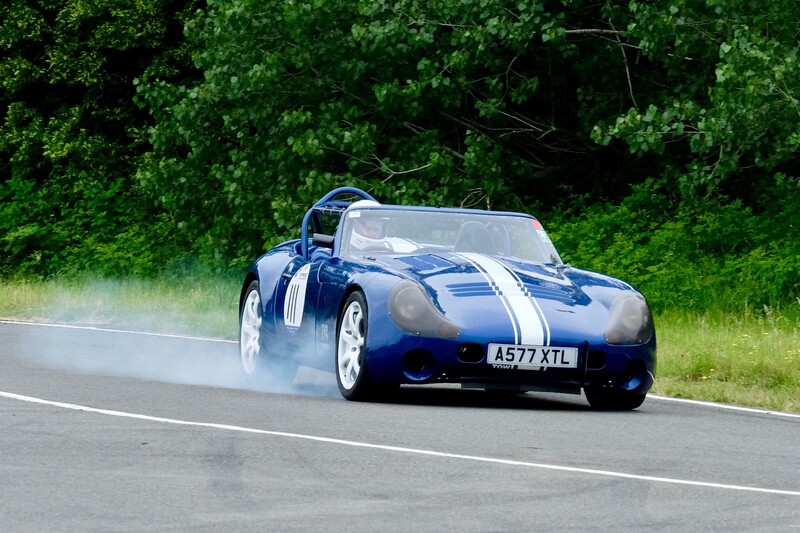 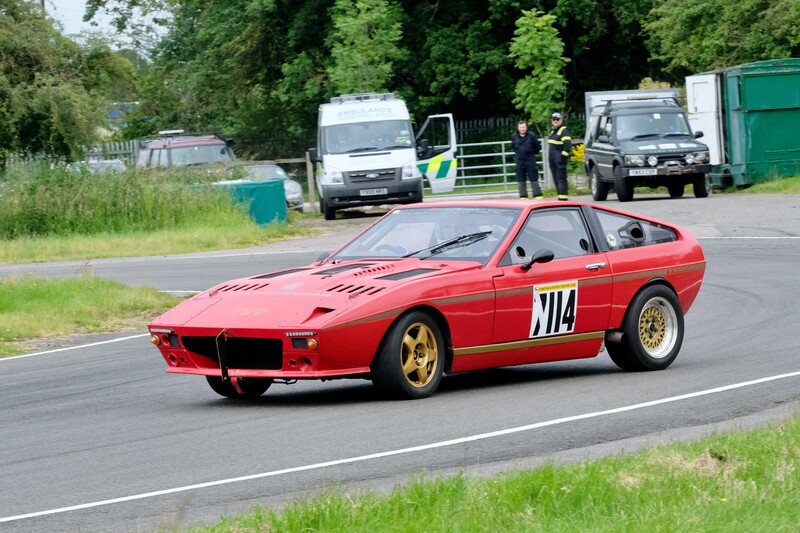